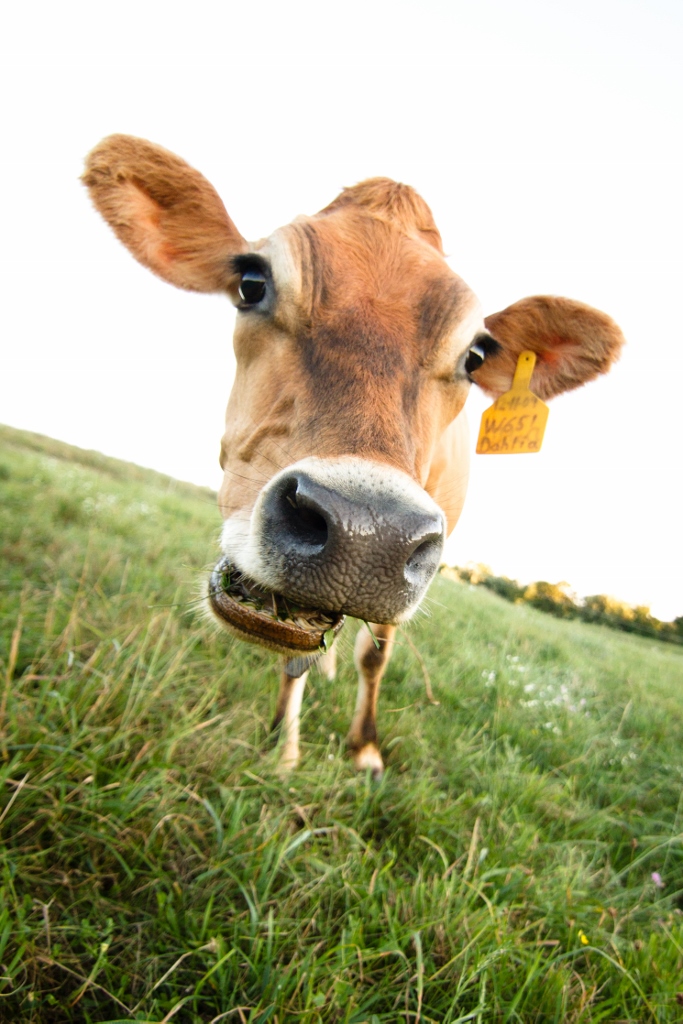 After watching the BBC’s documentary, ‘Meat: A Threat To Our Planet?’ this week, that’s probably the only quote that I can safely print from the countless farmers I have subsequently spoken to in my role as a beef farmer and Executive Director of A Greener World UK.

And what a disservice it was. After years of one-sided criticisms of UK farming in the UK media, the BBC’s programme represents yet another body blow to an already beleaguered industry, where suicide and depression are a very real issue.

In the programme, wildlife biologist Liz Bonnin travels from the beef feedlots, intensive pig operations and research facilities in the USA; to Brazil’s Cerrado region; and then to Robin Island in South Africa to see how the environment is impacted by the meat industry – whether that’s due to the methane and waste animals produce or the feed for livestock.

“Unless we do things very differently,” says Bonnin, “the impact the meat industry has on our environment is only going to get worse. As demand increases, so do greenhouse gas emissions, so does pollution, so does the destruction of biodiversity. Which leads to one very obvious question: should we just stop eating meat?”

Yes, many of us—particularly in the West—are consuming too much so-called ‘cheap’, intensively-produced meat, including ever-increasing quantities of grain-fed chicken and pork. Yes, the rise of industrial meat production over the last five or six decades—particularly in North America—has caused untold damage to local and global environments, not to mention animal welfare and human health misery. And, yes, we must stop felling forests in places like South America to provide land to grow soya monocultures to feed livestock raised in intensive farming systems across the world.

But to imply that all British beef comes from industrial systems like the U.S. grain-fed beef feedlots on the programme without showing the true realities found on most British beef farms was highly misleading, to say the least. To then learn the producers decided to leave 3 minutes and 5 seconds of filming on the cutting room floor that specifically explores the environmental benefits of well-managed, grass-based ruminant grazing systems… Well, it smacks of the pursuit of sensationalism, if not a hidden agenda against meat.

Why did the BBC producers choose to focus on U.S. feedlot beef systems (and the environmental, human health and animal welfare horror that goes with them), yet fail at any point to make it clear that not all farming is the same? The reality is that the vast majority of UK livestock farming—beef cattle, dairy cows and sheep—is based around stock being grazed outdoors on pasture. The UK climate is perfect for growing grass and more than two thirds of British farmland is down to pasture. Much of this is too hilly or marginal to sustain any form of large-scale crop production. Ruminants, such as cattle and sheep, have evolved the unique ability to convert high-cellulose plant material (and other feeds that we cannot eat directly) into meat and milk that humans can eat. In other words, farming ruminants on UK grassland enables us to produce high-quality, nutritious meat and milk from land that would otherwise be largely unsuitable for any other form of large-scale food production.

Why did the BBC choose to ignore the realities of British farming? The cynic in me wonders if they were hoping to take advantage of a UK viewing audience that is on average six generations removed from farming. Most busy folks living their lives don’t know – or indeed have any need to know—the difference between, say, a dairy cow and a beef animal, let alone the nuances of different livestock production systems. Judging from the public reaction so far, we can safely say that many consumers now assume that the British beef they have been eating was produced in similar industrialised feedlot systems as they saw on TV. It’s a travesty.

There is no question that agriculture as a whole is still a major contributor to global GHG emissions. But leading scientists agree that when it comes to livestock production, well-managed grazing animals will not only help feed the world sustainably, but provide a number of important environmental and societal benefits, too. There is a growing consensus among leading scientists about the positive role of well-managed grazing ruminants in mitigating climate change by locking up atmospheric carbon in the soil (a process called carbon sequestration). Yet this wasn’t even mentioned in the programme.

Sustainability is highly complex: there is no single diet solution or ‘one-size-fits-all’ production model that we can all adopt. It comes down not simply to what we eat, but fundamentally how it is farmed. By choosing to lump all livestock farming into one ‘easy-to-swallow’, anti-meat message, the BBC have not only ignored the complexity of sustainable food production, but also the many thousands of UK livestock farmers who are striving to be part of the climate solution, and for whom the programme was particularly damaging.

What the BBC did succeed in doing was to highlight the real cost of so-called ‘cheap’ food, a subject worthy of national—and international—discussion. But it’s the fact that any sustainable aspect of UK livestock farming was not even acknowledged by the programme that has so animated British farmers and proponents of sustainable farming here.

We join others in calling on the BBC to create a follow-up programme, working with A Greener World and other sustainable farming organisations, to explore the proven benefits of extensive grazing and grass-fed livestock production systems. We have a growing number of livestock farms in the UK, as well as many more across North America—and now South Africa—that are Certified by A Greener World according to some of the highest welfare and sustainability standards anywhere in the world, and who would gladly open their gates to your cameras to help tell their stories.

In the UK alone, we are losing more than one farmer a week to suicide. Farming is a culture and a way of life with huge pressures, largely unseen to those outside rural life. Yet, as we have seen once again, those farmers are at best unheard, and misrepresented at worst. The UK already has some of the highest existing standards of livestock farming in the world. But while many farms can do more to improve, we must remember that most farmers are simply responding to market demand. We need to do everything we can to educate and encourage the public—as well as government and supermarket buyers—to support the development of domestic sustainable farming systems. Or we risk losing them altogether.

Further Reading:  A Breath of Fresh Air and The Grassfed Primer