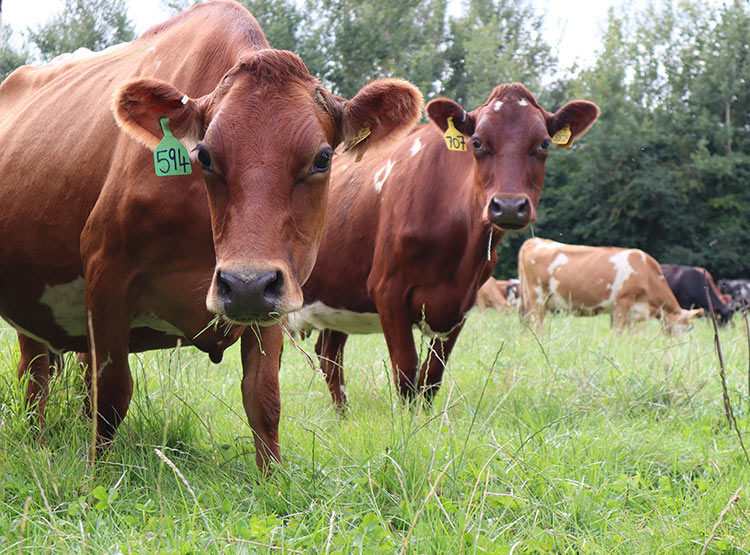 This past weekend it was confirmed that a senior adviser within the UK government believes farming is apparently no longer required in the UK, suggesting it would be better to write farmers out of the picture and replace their produce with imports. This comes as a slap in the face to many of us in agriculture and does not bode well for the future of farming in this country.

Following years of turmoil, misinformation and ‘economy with the truth’ (to put it charitably), it is not surprising to see UK farming on the chopping block in favour of money. Sadly, many feel the source of their food is the supermarket—not the thousands of hard-working stewards upon whom we depend for our sustenance. Few people make the connection between food, soils, water and air, and the landscapes created by generations of careful attention. Of course, farming is not perfect, and not all farming leaves the land in a better condition—but much of it does. With the help of education based on environmental outcomes, farming is undergoing a radical positive change. More than ever before in my lifetime, farmers are focused on producing healthy, nutritious food while protecting the environment so their children enjoy the same opportunity.

To suggest that British consumers become totally reliant on imported food from countries where they have no control over the production systems and no oversight over food safety is nothing short of insanity. Misuse of herbicides, pesticides, antibiotics and toxic chemicals plagues food production worldwide, and to date we’ve been largely protected from these through EU food standards. Part of the BREXIT dream was for the UK to become independent (even ‘sovereign’ again, whatever that might mean), but to many it certainly meant that Britain would produce its own food. People don’t exist without food, and food doesn’t exist without farms—the math isn’t difficult.

It’s hard not to feel that some individuals see money as the solution to health and happiness. To be sure, money can buy you a house, a car, a holiday–and if it’s available, nutritional food. But the catch is that nutritional food has to be available; food that isn’t destroying the planet, food that isn’t causing global warming, food that isn’t polluting the water; food that isn’t produced with slave labour. This idiotic ‘out of sight, out of mind’ approach to farming and its attempt to export the real costs of so-called “cheap” food really underlines a lack of credible thinking in Government. Here at A Greener World we identify, audit and certify farmers who are leading the way in sustainable agriculture. We are appalled these farmers could be sold down the road for a handful of coins – with the saddest aspect being that it primarily benefits food processors. This thinking shows just how much people need to reconnect with farmers, their work, and the simple fact that without them we’re left with empty plates, empty shelves and without their critical contribution to our beloved countryside.

We call on all parties, all politicians,  and anyone who cares about the genuine, practical sovereignty of the new UK to tell the government and its unelected, uninformed advisors that without British farmers producing food for British people, we face a tremendous national security risk. If we can’t feed ourselves from our own farms, we can be held to ransom any time, any place, by anyone—trust me, we wouldn’t be the first in history. And while profits for the few and artificially “cheap” food for the masses are the wrapping for this disaster, we could very well wake up to find our nation weak and hungry, having learned the hard way that you can’t eat money.