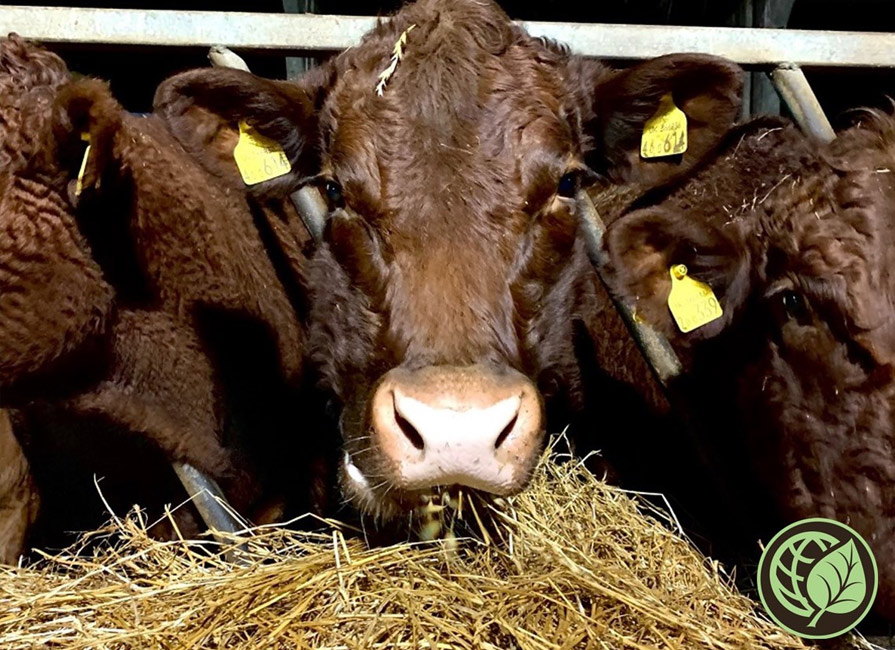 Farmers across the world could be forgiven for feeling somewhat unloved at the moment – and it’s probably fair to say that those with cattle have been unfairly singled out as being solely responsible for the climate emergency.

Against that backdrop the UK beef industry’s self-proclaimed representative body, the National Beef Association (NBA), appears to favour the further intensification of beef production in the UK (at the expense of sustainable, grass-fed systems) as the most ‘climate friendly’ solution looks frankly ill – informed and out of step as UK beef farmers face the daunting prospect of competing with lower-standard, lower-cost beef imports from the U.S. and Brazil.

For some time now, the meat absolutists have been telling us that we must stop eating/producing beef. Those belching cows are destroying the planet, they say, so we must shut it all down.

Indeed, we’ve long argued that well-managed grazing ruminant livestock—and the high-quality food they produce—can and should play a key role in feeding the world sustainably, particularly in our temperate UK climate, where we are well placed to capitalise on one of our biggest naturally occurring assets – grass.

Dismissing all beef farming as being environmentally destructive due to methane emissions alone not only ignores the significant differences between grass-based and intensive beef production methods, but also the wide-ranging social and environmental benefits that extensive, grass-based cattle systems and grassfed beef has to offer.

At the risk of over simplifying, the NBA’s proposal is based around the thinking that pushing cattle hard in intensive systems finishes animals more quickly – and shorter lives means less time for methane emissions. In practice, their suggested environmental tax on animals finished after 27 months will simply incentivise beef farmers to engage in more intensive systems at the expense of more sustainable grass-based systems and slower growing breeds.

The numbers that NBA have crunched make it clear they have not considered or accounted for the climate impact of intensive feedlot systems, such as the fossil fuels used to produce and transport the concentrate feed to farm (and in the case of soya, for example, this consideration is neatly “exported” overseas to be someone else’s problem). Knowing the Life Cycle Analysis used to inform this report would be helpful to this dialogue. Conversely, the NBA’s report fails to acknowledge the role of grass-fed systems (where animals graze meadows and are not confined to feedlots) in building biodiversity and sequestering atmospheric carbon in the soil, with little need for concentrate feed, or managing our unique British landscapes, among other things. A Greener World would be happy to work with NBA in developing their better understanding of how these systems relate differently to climate change.

Responses seen to date suggest the NBA’s decision to hook up their pony to the feedlot approach hasn’t gone down to very well with many UK farmers – including their own members. Indeed, following the initial outcry, the report was swiftly deleted from the NBA’s website. Against the backdrop of the looming threat posed to UK beef farming by cheap post-Brexit imports from countries like the U.S. and Brazil, not to mention the climate emergency, the NBA’s call to “go to the feedlots, chaps” looks like a huge dropped clanger and couldn’t be more untimely.