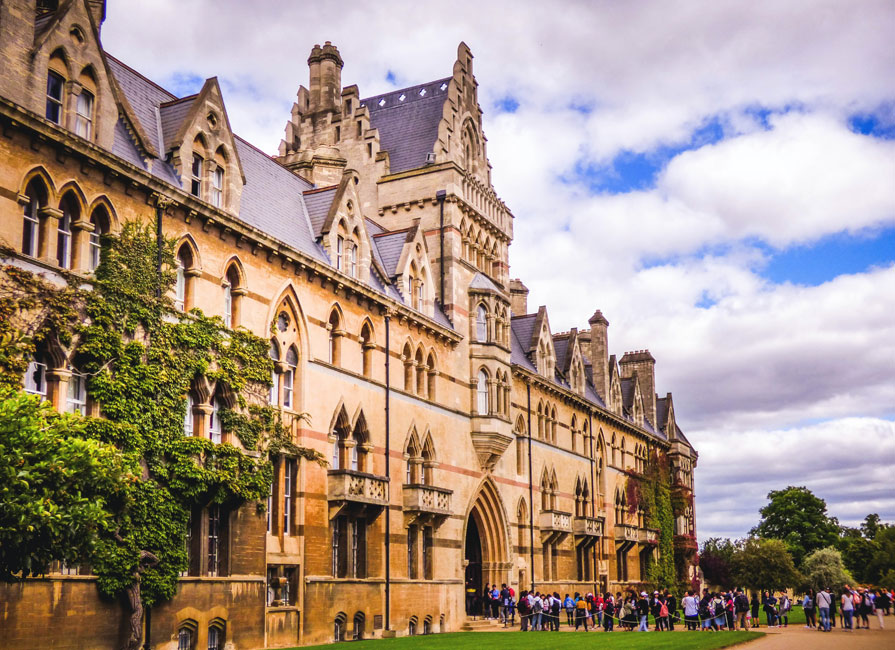 News that the Oxford University Student Union has voted to ban beef and lamb from campus canteens in a misguided effort to tackle climate change will no doubt dismay many British farmers—particularly those who are doing their best to farm sustainably.

The vote follows similar initiatives to ban the sale of beef at Goldsmiths, University of London and the University of Cambridge, in the half-baked belief that a reduction in the consumption of beef lowers an individual’s carbon footprint.

The problem is that it isn’t true (as I’ll explain shortly). And this reactionary, baseless ‘anti-meat’ position certainly isn’t universal among the UK student population. Similar knee-jerk, headline-grabbing attempts have been rejected by Edinburgh University, the University of East Anglia and the University of Bristol.

It’s also fair to say that the Oxford student population certainly isn’t reflective of the UK public as a whole.

A recent survey by Yonder, commissioned by Eating Better, the Food Ethics Council and Hubbub, found that 73% of the UK public want to do more to support UK farmers upholding high animal welfare and environmental standards, while 53% said they had bought direct from farmers, such as farm shops, box schemes or farmers’ markets. In the same survey, two-thirds of respondents think we should only import meat and dairy if they meet equivalent UK standards, no doubt with clear concerns about the post-Brexit threat of imported food produced to lower standards like chlorinated chicken and hormone-treated beef.

While the urgent need to address climate change is something we fully support, we cannot allow the ‘baby to be thrown out with the bathwater’ and allow the extreme views of a minority to negate the proven role of sustainably-managed ruminants in not only supplying high-quality, nutritious meat and milk, but helping to mitigate climate change through carbon sequestration, enhancing biodiversity, supporting rural economies and so much more. Because the reality is that not all meat is the same.

We’ve said it many times before, but the scientific evidence confirms that grazing ruminant systems (in other words, managing cattle, sheep, goats and bison on pasture and a forage-based diet) can not only help feed the world sustainably, but also provide a number of important societal and environmental benefits, particularly in our temperate UK climate, where we are well placed to capitalise on one of our biggest naturally occurring assets—grass.

Ruminant animals have evolved the unique ability to convert high-cellulose plant materials (grass and forage) that humans cannot eat into high quality meat and milk that we can, thereby allowing us to produce food from marginal land we could not otherwise use to grow crops. Tarring all beef and lamb with the same broad brush not only ignores the significant differences between grass-based and intensive meat production methods, but also the wide-ranging social and environmental benefits that extensive, grass-based cattle systems and grassfed beef has to offer.

While we absolutely agree that the excessive global consumption of industrially produced grainfed meat is simply unsustainable (not to mention bad for our health), modest quantities of high-quality pastured meat and dairy products (as part of a balanced diet) offer significant health benefits, providing a vital source of lean protein, healthy fats—such as omega-3s and CLAs—plus a smorgasbord of micronutrients essential for health, such as iron, magnesium and selenium.

All Meat is Not Equal

It is true that grazing ruminants produce significant levels of methane. But we must stop comparing livestock and food-production systems on methane emissions alone. Instead, we need to consider all GHG emissions and environmental impacts associated with all stages of any given production system—including the potential for well-managed grazed pasture to sequester significant levels of atmospheric carbon dioxide. The reality is that well-managed grazing livestock systems result in many environmental positives—from improved biodiversity (above and below the ground) to the role of well-managed pasture and grassland as ‘carbon sinks’.

Yes, we can all agree on the stark realities of industrial livestock production: the significant direct and indirect greenhouse gas (GHG) emissions; the widespread degradation of soils; the localised environmental pollution from concentrated output of faecal waste; the human health threats posed by widespread routine antibiotic use on farms; the biodiversity impact of monocultural feed production; the morally questionable use of grain as livestock feed when over 800 million people on this planet going to bed hungry; the list goes on and on.

Yes, we can all agree that most developed nations urgently need to reduce the production and consumption of unsustainable, low-welfare, intensively raised livestock products, as well as highly processed foods in general. (There’s a good chance many of us would feel a lot better for it.) And with the ever-increasing demand for meat and livestock products from a rising global population, it’s easy to think that ending all forms of livestock production—and adopting a plant-based diet—is the only answer. But it’s not.

Genuine solutions come down not simply to what we eat, but fundamentally how it is farmed. There is no single diet solution for everyone, and consuming nutritionally appropriate levels of pasture-raised livestock products as part of a healthy, balanced diet with plenty of sustainably produced vegetables and fruits is not just an acceptable option, it’s a vital one.

At a time when UK farmers are facing the challenges of extreme weather from climate change and the threat of a no-deal Brexit—and food imports produced to lower food quality, safety and environmental standards, which surely few people want to see—the public and foodservices alike should be seeking to support local, sustainable farming businesses as a priority, not myopically turning their backs at this time of mutual need.

I don’t begrudge people who didn’t grow up on a farm for looking for solutions. But true academic inquiry demands reassessing one’s position in the face of new information, as I have provided here. As an organisation with a deep understanding of both science and farming—and certifier of some of the most sustainable beef and lamb producers in the UK—we would be glad to speak with the administration and student body at Oxford about how we can deliver environmental sustainability in partnership. Our doors are open.

Photo by David Jakab from Pexel