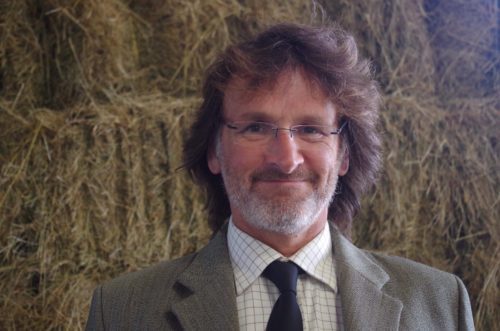 A Greener World UK is excited to introduce our Executive Director, Wayne Copp. The following is excerpted from our magazine, Sustainable Farming.

You may not know this, but in the last 12 months AGW has opened offices in South Africa and Europe. And it’s from the latter that I’m pleased to write this today. The seeds for AGW Europe blew in on trade winds from the U.S. and Canada—and are demand led. The increasing popularity of AGW’s brand among North American consumers and retailers has not gone unnoticed over here. Processors and producers with existing markets in the U.S. and Europe are keen to add value and credibility, and are approaching AGW for high-welfare, sustainable livestock production certification. We’re very fortunate to be able to launch from the solid reputation built by AGW farmers and ranchers and the increasing positive profile enjoyed by the program worldwide.

I was delighted to be appointed Executive Director for AGW Europe earlier this year, and the team is already busy on major projects that will come to market later this year and next. I am also a livestock farmer, tending my cattle on England’s windswept north Devon coast, looking out across the Atlantic. Together with my wife and four children, we keep 100 Red Ruby Devon suckler (momma) cows and followers (calves), along with some Hebridean sheep and a few acres of cereal. Brexit uncertainties When I took up my post, Britain’s exit (“Brexit”) from the European Union (EU) loomed large. At the time of writing, we are looking down the barrel of a “no deal” and ugly exit from the EU in March 2019. Erik Millstone, professor of science policy at the University of Sussex, bleakly summed it up in a recent paper:

“The idea that, once the UK leaves the EU, it will become a rule-maker, not a rule-taker, is illusory. Exporting to other countries requires accepting their standards. The choice is: Which rules to take—the EU’s, the USA’s or the World Trade Organization’s? … If UK products don’t match their standards, they won’t buy them.”

Whatever happens, UK farmers are facing the biggest change since World War II. In this context, the AGW brand is more relevant than ever. Brexit could open the flood gates to cheaper imports produced to significantly lower standards. The stability enjoyed by UK farming families through the EU Common Agricultural Policy will stop and there is huge uncertainty over what (if anything) will replace it. The UK government is quietly nodding to forecasts of 25 percent of farms going to the wall as a result of cheap imports, restricted (tariff) export to EuroZone and reduced/no subsidy as acceptable collateral. Statistics for farm suicides tell their own tale of the cumulative pressures on farmers. Currently, one a week in UK; one every two days in France; and in America, the suicide rate among farmers and farm workers is an ongoing concern. In UK, we’re already seeing low farm gate prices driving intensification, with all the associated impacts on welfare, environment, independent farmers and farming/rural communities.

Our vision is to offer UK—and European—farmers a credible and accessible way of showcasing good practice that connects with consumers and achieves a price that properly reflects the cost of production and environmental footprint. Sustainably produced, high-welfare food should be available to all, not an exclusive part of the demographic. I’m greatly inspired by an awakening in youngsters across UK and Europe, not satisfied to take the status quo, and exploring so-called alternative food networks. Their questioning of current systems and buying habits is influencing the sourcing strategies of retailers and processors. I’m seeing the direct result of this in my day-today work, both for AGW and on the farm.