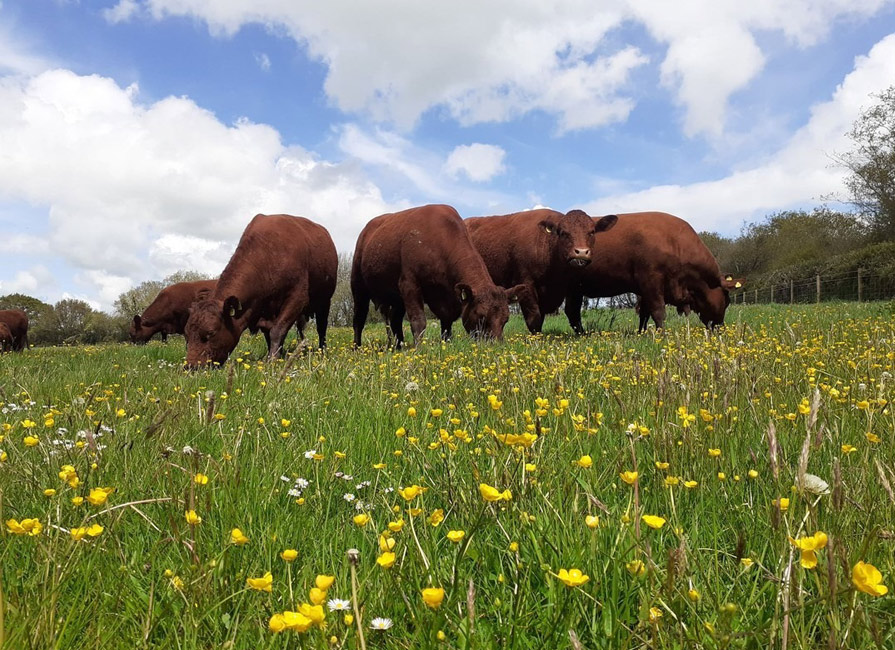 Remember the first Jurassic Park? More particularly, the scene where Jeff Goldblum’s character laments “Boy, do I hate being right all the time,” as the rampant T-Rex escapes the carefully constructed enclosure and lays waste to all it sees?

It gives me no satisfaction to refer to our numerous blogs on the subject of Brexit – UK Farmers ‘Collateral Damage’ in Post-Brexit Trade Deal Considerations; Britain At Breaking Point?; What Price British Farming?; and Don’t Throw UK Farming Under a Bus – and what it would likely mean for UK farmers, food standards and the environment. (Extending the metaphor about a rampaging T-Rex to unregulated market forces might reasonably be considered somewhat sensationalist, so I’ll stop there.)

It’s now pretty clear to most that this government’s promise of a “Green Brexit” was simply yet more “greenwashing” and that UK farmers (and the fishing industry) have been sold down the river. In the palpably desperate government panic to agree any kind of post-Brexit trade deal with a major non-EU nation, it appears our trade doors have been flung open to food and other products from farming systems that would simply not be permitted here under current UK welfare and food safety laws.

If the UK government gives tariff-free access to low-standard, low-welfare Australian produce then it will pave the way for low-standard deals with even bigger trading nations like the U.S.A. and Canada. It looks like global market forces will be the principle dynamic affecting outcomes on the environment, animal welfare and rural society both here and abroad. The possible outcomes are there for us all to see in other parts of the world—and it’s not pretty.

A COALITION OF CONCERN

This isn’t just sour grapes from a handful of disgruntled British famers. Concerns about the impact of post-Brexit trade deals on farming and food standards mobilised a hitherto unheard-of coalition of over 60 major farming, environment, animal welfare and public health organisations, including the National Farmers Union (and NFU Wales and NFU Scotland), the Royal Society for the Prevention of Cruelty to Animals, National Trust, Sustain, the Tenant Farmers Association, National Sheep Association, the Wildlife Trusts, the Landworkers Alliance, Organic Farmers and Growers, Royal Society for Public Health and many more.

Australia was the largest global exporter of beef by value (US $7.6 billion) in 2019—and second only to Brazil in terms of global beef volume. Dirt feedlots of up to 50,000 head of cattle are central to Australia’s renowned export-focused industrial beef production system: around 40% of Australian beef output comes from these intensive, grain-fed systems.

The list of common farming practices in Australia makes for grim reading, too: hormones and routine antibiotics used as growth promoters for beef cattle, as well as crop sprays and feed additives that are banned in UK and the European Union. Let’s not forget the awful practice of mulesing, the intentional scarring of a sheep’s back end to discourage fly infestations—an extremely low welfare practice that is illegal in the UK, Europe and New Zealand.

Please don’t fall for ministerial assurances that we’ll only allow imports produced to ‘equivalent standards of production’. With no effective cattle traceability system in Australia like we have here in the UK, any verifiable enforcement of equivalent standards for Australian meat imports is just wishful thinking—and not worth the paper it’s written on.

A THREAT TO BRITISH FARMING

Likewise, government assertions that staged tariff removal over 15 years and other import controls are of little comfort or assurance. For one thing, there are already major questions about whether these protections will even exist. Regardless, farm planning decisions by their very nature tend to be medium to long term. (After all, cattle don’t just grow on trees.) The idea that the average UK beef farm will be in a position to realistically compete with Australian beef imports on price alone in the foreseeable future is simply ludicrous. There must be some serious head scratching around many farming family kitchen tables at the moment – not least my own.

I’ve farmed native breed beef cattle extensively here in north Devon for over 25 years. Looking at the Australia trade deal through that prism alone fills me with extreme concern for the future of my own farming family.

But what concerns me perhaps more than anything is the impact that this trade deal, combined with the sweeping post-Brexit changes to UK farming support payments underway, will have on the future of British agri-CULTURE. And I stress the culture in agriculture because farming is not simply about producing ‘food’. The foundations of rural Britain, both socially and economically, arguably sit on the backbone of British agriculture. As farmers, our family lives are entwined with the land we steward and the animals we care for.

I wonder how many of our farmers would rather give up when faced with the choice of being undercut like this? According to statista.com, there were 138,000 employed and self-employed farmers in the UK in 2019. By 2020, this figure had dropped to 109,000. Broken communities across huge swathes of Wales and northern England still reel from the devasting loss of the mining and steel industries. Is this the future for our rural communities, too?

As I have said before, please let’s not all shuffle quietly towards the intensification and commoditisation of UK farming and the loss of our farming culture. What can we all do—both as consumers and farmers?

Buy British whenever you can

Where you cannot see a British logo, ask where your food came from. This is particularly important in the food hospitality sector, at restaurants, hospitals, care homes and similar settings where you’re not the one buying the ingredients and where the country of origin is all too often hidden behind a menu. Ask. If it’s not British, ask why not—and demand change. It won’t happen unless we all ask.

Buy directly from a farmer or grower. It’s not just about the farmers’ market (although they still provide a unique opportunity to shake the hand of the farmer or grower who produced your food!). Many independent retailers and local food hubs now offer a real alternative to the supermarkets, supplying a range of locally sourced produce, while the online revolution means that you can now literally bring the farm to your doorstep with the convenience of online purchasing and swift home deliveries of fresh meat, dairy, eggs and much more. A Greener World’s family of farm certifications offer the added bonus that, whenever you see the Certified Animal Welfare Approved by AGW label on a food product, you can rest assured the animal has been raised according to the highest welfare standards outdoors on grass or pasture. (With our Certified Grassfed by AGW label you can be assured the animal has also been fed a 100% grassfed diet throughout its life, while our Certified Non-GMO by AGW label guarantees food products are produced without genetically engineered/modified feed, supplements or ingredients, too.)

Let you MP know your concerns

An email or letter to your MP is a powerful tool to ask questions and let your representative know you are not happy and to explain their position. Just a few contacts from constituents will alert an MP to the public concern out there and can really help sway their opinion. You can find your MP’s contact details here.

Farmers: you can take positive steps to protect livelihoods, values and standards by clearly communicating how your food is produced. It doesn’t matter whether you sell directly to the public at the farm gate, for example, or wholesale into the supermarkets: in a post-Brexit world, trusted, independent farm certifications like A Greener World’s will become more important than ever, particularly as more concerned consumers seek out British meat, dairy and eggs and better, higher welfare food choices wherever they shop. Our no-nonsense farm certifications will give you the tools to talk with pride about your farm to existing and potential customers, and the confidence you’re backed up by an independent, credible and trusted farm certifier that guarantees the highest farming standards in environment and animal welfare.

If the government won’t stand up to support British farmers, consumers and the environment, then we all have no option but to do it ourselves—and encourage friends and family to do the same.

By Frédéric Leroy and Martin Cohen. This article was originally printed in the Spring 2019…